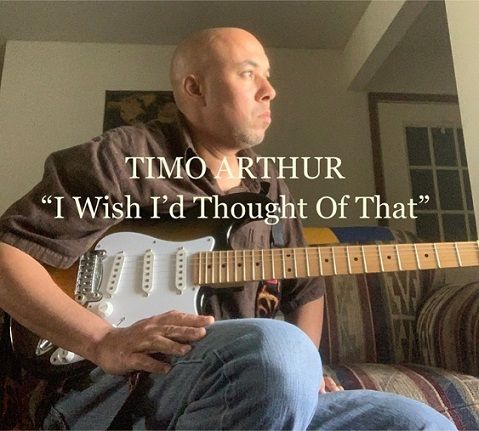 Guitarist and award-winning songwriter Timo Arthur has been a performing musician for nearly forty years.  Since 2014, Timo has been touring the world with harmonica phenom Brandon Santini, as well their side project Tennessee Redemption since 2017. Timo provided all the guitar work on Brandon's latest single "Don't Shake The Devil's Hand", as well as much of the guitar work on his most recent studio album called "The Longshot".  It debuted on the Billboard Blues chart at #7 upon its release in March of 2019, and won a Blues Blast Award for "Contemporary Blues Album of the Year". Also, Tennessee  Redemption's debut album, released in September of 2019, debuted on three different Billboard charts - #2 on the Blues chart, #3 on the Heatseeker chart, and #25 on the Americana chart!

In addition to his guitar playing, Timo's songwriting skills have also garnered serious acclaim.  In 2016, he wrote and recorded a piano ballad in tribute to the late Eva Cassidy called "Sing Me Into Heaven (for Eva Cassidy)". The recording features Eva's brother Daniel Cassidy on violin and received a "Runner Up" award in the 2017 "Song Of The Year" competition. It was also a finalist in the 2017 Memphis Songwriters' Association songwriting contest. Timo remains active writing and recording new material as well as touring with Brandon Santini.